Kerala is blessed with abundant natural beauty. There are more than 42 Dams in Kerala, So what are the biggest Dams and which one is the largest Dam? Here is the answer to all of the above questions.

Kerala is a Tropical Paradise located along the coast of Southern India, kissing the Arabian Sea. Well known for its amazing beaches, lush jungles, beautiful hill stations, and unique backwaters, Kerala is known as ‘God’s own Country’. Blessed with the beauty of Mother Nature, Kerala is an amazingly beautiful state that everyone should visit at least once in a lifetime.

Kerala is also blessed with beautiful rivers and streams, running along the hills of Western Ghats. Built upon these rivers are some amazing Dams in Kerala. These Dams may be artificial, but they enhance the beauty of the rivers in Kerala many folds. There are several picturesque dams and reservoirs in Kerala that attract many tourists. Today, we dive into a journey of these Dams and reservoirs located in Kerala.

Total Number of Dams in Kerala

Dams have been an integral part of Kerala’s agricultural development. However, the operation and maintenance of dams have been controversial, especially during the last flood in Kerala. Many dams in Kerala are nearing or have exceeded their life spans.

The following is the complete list and names of dams and reservoirs in Kerala. The district wise list of dams includes Arch Dams, Check dams, Gravity Dam, and the biggest dams in Kerala. Listed below are the major dams in Kerala.

Munnar is one of the most beautiful destinations located in Kerala. It is a hill station blessed with immense natural beauty and hence is called the ‘Kashmir of South India’. In Munnar, you can find hills, valleys, falls, flower gardens, tea gardens, cycling trails, and many other attractions. Located in Munnar region, Mattupetty Dam is a concrete gravity dam constructed near the confluence of the mountain streams of Muthirappuzha River, Chanduvarai River, and Kundale River.

It may be a power generating plant, but because of the high amount of perennially available water, wild animals and birds flourish near the Dam and its reservoir. It is also known to be a visiting ground of elephants. The Dam offers a majestic view of the hills of the Western Ghats and the surrounding valleys.

It is a great place to take a walk along the Dam with your loved ones or do boating in the reservoir of the Dam. It is also a fantastic location for photographers.

The visitors can also indulge in Pedal Boating and Speed Boating. Speed boating over here is an exhilarating experience, and it is not to be missed. There is also a children’s play area, a spa treatment, and many other facilities near the Dam.

The Banasura Hill Resort is located about 20 km away from the Dam, and it was rated as Asia’s largest Earthen Resort.

Located 30 km away from the city of Trivandrum and constructed across the Neyyar River is the Neyyar Dam. It is a gravity dam lying against the hills of the Western Ghats. It is a top-rated tourist destination and a picnic spot. It is also considered to be one of the best getaway locations for the people of Trivandrum.

The Dam has excellent scenic beauty. The reservoir of the Dam and the Neyyar River is surrounded by lush green vegetation and houses many wildlife animals and birds. It is also a very great destination for photographers. The Dam is about 300 meters long, and you can take a walk along the way to feel the thrill of gushing water in the depths of Mother Nature.

Neyyar Dam is also the home to the peaceful Sivananda Yoga Vedanta Dhanwanthari Ashram, where you can practice Yoga and Meditation. The Ashram is very beautiful, and the coconut water available near the Ashram is amazing. There are many more activities that you can experience near the Neyyar Dam. Some of them are Lion Safari Park, Boating, Deer Park, Crocodile Rehabilitation and Research Centre, Neyyar Wildlife Sanctuary, Lake Garden, Swimming Pool, Watch Tower, Elephant riding and others. While you are on your way to the Neyyar Dam from Trivandrum, you will be able to watch vast Rubber Plantations.

Located in the district of Ernakulam in Kerala, Bhoothathankettu Dam is a very famous tourist destination. It is situated about 50 km away from the city of Kochi. It is a natural dam that has been supplemented with modern construction. It impounds the Bhoothathankettu reservoir. The meaning of the name Bhoothathankettu is ‘Monster’s Fort’, and it is believed to have been constructed by monsters in the past. There are huge blocks of unshaped stones placed alongside both the banks of Periyar River, which makes it look like a natural dam built by humans (monsters according to legends) long ago.

It is a very mythical location. According to the legends, this Dam was being constructed by demons to sink the Trikkariyoor Temple, a temple dedicated to Lord Shiva by flooding the area with the water of the Periyar River. Upon knowing this, Lord Shiva tricked the demons into believing that dawn was approaching by a rooster’s sound. The demons fled the spot, and they could not fill a narrow gap. Today, the river flows through that narrow gap where there are no boulders. In reality, the Dam is believed to be formed because of immense floods in the 4th century and the year 1341.

Leaving the stories and myths aside, Bhoothathankettu Dam is a great tourist spot and also a picnic spot. Near the Dam, there are many amazing tourist destinations, including the Salim Ali Bird Sanctuary, the Trikkariyoor Temple, and other notable places. Everything considered it is a great place for a complete one-day trip. A must visit if you are in Kochi.

Constructed across Periyar River in between two granite hills locally known as Kuravan and Kurathi, Idukki Dam is located in the district of Idukki. Acknowledged as the largest Dam in Kerala, Iddukki Dam stands at the height of about 169 meters, making it one of the highest double curvature Arch Dams in Asia. An arch dam is a curve-shaped solid wall that uses about 20% of the concrete that is used in building a gravity dam. The construction of this Dam began in the year 1969, and it was fully operational by the year 1976. It is quite beautiful and magnificent.

Located alongside granite hills, Idukki Dam is one of the most famous attractions in the district of Idukki in Kerala. The reservoir lake created during the construction of the Dam is very beautiful, and during the tourism season, boating is allowed. It is open to the public for one month. Near the Dam and the reservoir, one can easily spot the beautiful birds of Idukki, including Peafowl, Woodpecker, Black Bulbul, Myna, Jungle Fowl, Laughing Thrush, Kingfisher, Eagle, and others.

Located near Pothundi Village in the Palakkad district of Kerala, Pothundi Dam is an irrigation dam constructed back in the 19th century. It is considered to be one of the oldest dams constructed in India. This Dam is a tourist destination, and it is very important for the local people as it provides water for drinking & irrigation in the surrounding areas of Nemmara, Melarcode, and Ayalur. This Dam is quite unique in its own way as its core wall is built with a mixture of quick lime and Jaggery.

The Dam is located in the backdrop of the Nelliampathi Hills and is built across the confluence of two rivers; the Meenichiladipuzha River and Padipuzha River. The view of the hills from the top of the Dam is amazing. The reservoir of the Dam is surrounded by teak wood trees, which enhances its beauty. There is a garden nearby where you will be greeted by monkeys. It is a good location for short picnics. Moreover, there is a popular festival celebrated on the shores of the reservoir called the Nemmara Vallengi Vela Festival.

Constructed on the Periyar River in Thekkady, Mullaperiyar Dam is a masonry gravity dam. It is located 881 meters above sea level on the Cardamom Hills of the Western Ghats. It is quite old and was constructed way back in the 1890s. It is a very beautiful location, and the Cardamom Hills look amazing from the top of the Dam. There is a boating facility available in the reservoir of the Dam. There is a children’s playing park near the Dam, and it is a good picnic spot to spend a few hours with your friends and family.

We hope you enjoyed the journey taking you through the amazing Dams of Kerala. Cheers.. 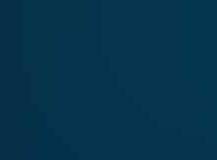 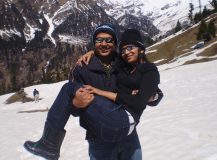